The 9 Stories Second Series is about our listed artisan.
He will be producing your order.
9 stories about him, here it comes!

1) WHO IS Takashi MORIMOTO?

We are working with him because we appreciate his positive attitude towards creating new items and we respect his will & his way of “preserving traditional skills to next generations”.

His skills and knowledge of his field of crafts and materials are high that we can rely on.

The woodwork he creates is something we are very proud to introduce to the world. He is the first inspiration for us to start “KoLe SHIKOKU, Japan”. I hope you love his stories.

If you would like to view some of his items, send us a DM to book a virtual meeting! Our head curator herself will guide you through them!

2) WHAT DOES IT TAKE TO BE A CERTIFIED TRADITIONAL CRAFT ARTISAN?

In Japan, there are a bunch of crafts that have been made for over 100 years that exist all over Japan.
You can sort these crafts into 3 categories;

(2) and (3) both have many conditions and criteria to be cleared for the crafts to be designated. It is not about which is better. (2) looks all over Japan, (3) is more specifically connected to the region.

What Takashi Morimoto creates is (3). One of the Listed Local Traditional Crafts of Kagawa Prefecture.

Among the craftsmen who create the Listed Traditional Crafts, who passe all requirements can be certified as The certified traditional crafts Artisan (伝統工芸士).

The publicly announced requirements are:

Takashi Morimoto is the certified traditional craft artisan of Kagawa which means he passed all the requirements.

The name of the traditional crafts of Kagawa which Takashi Morimoto makes is “KUDE-SHOUJI (組手障子)”. The original form of this craft is SHOUJI decorated with small pieces of wood. The decorations are made of thin strips of wood with cuts & notches which are assembled without nails or screws. We call the decorated parts “KU DE(組手)” in Kagawa but other parts of Japan they call it “KUMIKO(組子)”.

Takashi Morimoto has the high skills and knowledge of joiner & KUDE artisan. It means he has a great knowledge of wood and the skills to create wood items that require precision.

Wood is a kind of material that breathes. It sucks the moisture in the air when it is humid and it exhales the moisture out when the air is dry. Over the decades of the material breathing, it gets twisted or bent depending on what part of wood you use. Knowing which part of the tree to use is also an important skill of joiners and KUDE artisans.

4) BORN AS THE 3rd GENERATION OF THE JOINERY SHOP

His favorite place to play when he was a little boy was the work studio. He picked up and gathered wood tips and unwanted parts of wood from the studio, then he created toys of his own. We assume it means he was doing more than using wood pieces as building blocks.
It sounds like his craftsmanship had already started at a young age.

After graduating high school, he became apprenticed to his grandfather’s 1st apprentice to learn the craftsmanship of joinery in Osaka. Then he came back to Kagawa and worked under his father. Now he is the 3rd president of his family work studio.

The family work studio has regulars who have been their customers over the generations. There is a lady who calls him “Takashi-chan (-chan: a courtesy title you use to call someone close, is younger or childe)”. She has seen his growth and is one of the biggest fans of his current works.

5) WHY WAS THE MECHANICAL ENGINEERING COURSE?

When you consider Takashi Morimoto’s upbringing, you would imagine he has been in the world of wood his entire life. However, this choice he made when he was 15 makes him more interesting.

In Japan, when you are 15 years old, you have to decide which high school you go to. Some high schools are specialized in certain things and many focus on studying to go to universities. There is a unique high school in Kagawa. The school has nearly 10 special courses like mechanical engineering, electrical engineering, a few crafts, design, fine art, computing, industrial chemistry… and so on. Students pick one course and stay in the course for 3 years. By the time students graduate, they are more than the elementary level experts at the age of 18.

Takashi picked the unique high school. He picked Mechanical Engineering. Our head curator is also from the same high school (she took the Fine Art course), although there is a 15 years gap between them. So, our head curator has once asked him “Why mechanic? We had other craft courses”.

“I knew after I graduated high school, my life will be just wood until the end of my career. So I wanted to learn something different. I wanted to explore something I like secondly. And it was machinery.”

God surely works in mysterious ways. When you look at Mr.& Mrs. Morimoto being together, you wouldn’t doubt that they must have been falling in love and after many years spent together then got married. But they met each other at marriage meetings. It didn’t take long to get married after their first meeting. Now the wife of Takashi Morimoto is the strongest supporter of his creation and business.

Mrs.Morimoto used to be an apparel designer. After the marriage, she moved to Kagawa and started learning the family business of Morimoto. Looking at the market of Japanese style inside doors were reducing, she encouraged Takashi Morimoto to start creating other things with the skills which Takashi has.

“She has a totally different perspective from us, the artisans. So, she would suggest something that the craftsmen would never come up with,” says Takashi Morimoto about his wife.

With a zap of inspiration from his wife, Takashi Morimoto has made so many items and pieces that no other joiners or KUDE/KUMIKO artisans create.

Mr.& Mrs. Morimoto has developed the philosophy of “preserving & passing on the traditional crafts” for/to the next generations. After all, that is one of the responsibilities of the certified traditional crafts artisans.

The craft of KUDE/KUMIKO has been developed and used along with the history of Japanese architecture, among craftsmen of joinery since the 7th century. However, in the last few decades, the style of Japanese housing has drastically changed. It means not so many newly built Japanese houses are built with traditional Japanese rooms with traditional inside sliding doors. The doors were the parts KUDE used to be used.

Still, the demand for the KUDE-SHOUJI exists today but it is a rare order. If Takashi Morimoto pursued the original form of KUDE-SHOUJI, the craft itself would disappear. As we mentioned in Ep.6/9, a part of certified traditional craft artisan is to preserve and pass the skills, knowledge, and craft to the next generation.

Takashi Morimoto creates new items which have nothing to do with the traditional indoor sliding doors. These items are made with a joiner and/or KUDE artisans’ skills and knowledge. But unlike the sliding doors, he creates items that can be used in our modern life. Also, these are quite affordable compared to ordering any KUDE/KUMIKO artisans to create a set of sliding doors with the KUDE/KUMIKO decoration.

This way he is hoping that more people get more chances to know about or use the crafts. Also, he is hoping that among young people who encounter his work, some people will turn up to be the next generations of KUDE artisans.

Mr.&Mrs. Morimoto’s way of preserving & passing the craft is “Not as the form” but “the full set of skills, knowledge”. Form and usage have to be changed along with the change of our lifestyles.

The family work studio which Takashi Morimoto inherited from his father and his grandfather. The studio has 2 younger craftsmen working. One is a furniture craftsman, the other is a joiner & KUDE craftsman. Under the creatively free-minded boss; Takashi Morimoto, these 2 young craftsmen are encouraged to challenge new things.

Takashi doesn’t just let these 2 create freely, he also encourages them to step up skill-wise. In Japan, there is an exam to get certified to the level of the craftsmen’s skills by the government. The young craftsmen working for Takashi are encouraged to pass the exam. Also, Takashi himself is involved in the exam as one of the examiners. The participants will be checked their skills and knowledge in both writing and practical skill tests.

Once Takashi told our head curator why he thinks it is important for craftsmen to take the exam. The craftsmen’s everyday working environments are supported by many machines and gadgets, nowadays. It is not a bad thing. However, to pass the exam, the participants have to learn and use the traditional skills. They will need the time to practice because these are not taught on the job. But once you know it, it will spread the range of their craftsmanship.

Takashi Morimoto has a dream.

Although he creates so many wonderful items which we can use in our modern life, such as wooden bags, accessories, trays, and so on…, he always will be a certified traditional craft artisan of KUDE-SHOJI.

He is thankful that people love his items like accessories, but he wants to create more KUDE crafts. He is looking forward to the day that will come. One day someone from abroad visits his work studio and orders fully customized KUDE crafts.

We are here to connect your wish of having beautiful KUDE work by Takashi Morimoto and his dream of creating fully customized KUDE crafts for foreign people.

KUDE-SHOJI is originally used for the decoration of sliding doors. But it can be made for your wall or made into partitions. We think it would look cool if you use it as the headboard of your master or guest bedroom.

If you would like to know more about
“how & what” to get Takashi Morimoto’s work,
send us a message from the contact form below.

Our head curator herself will guide you through them!
If you prefer a straightforward virtual meeting, please let us know! 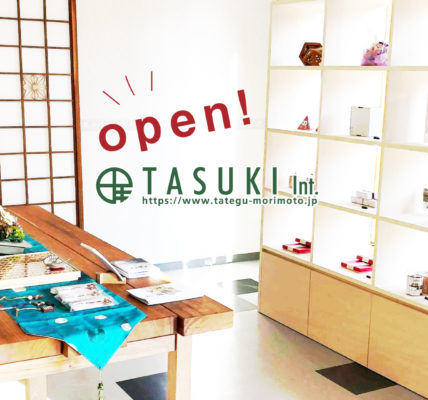 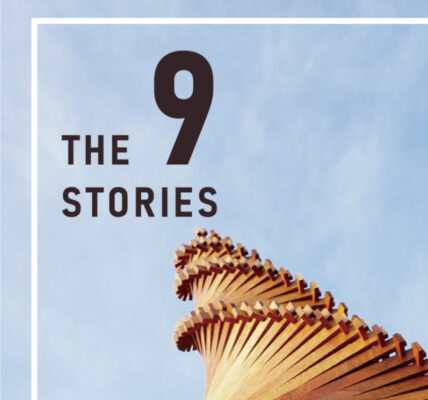 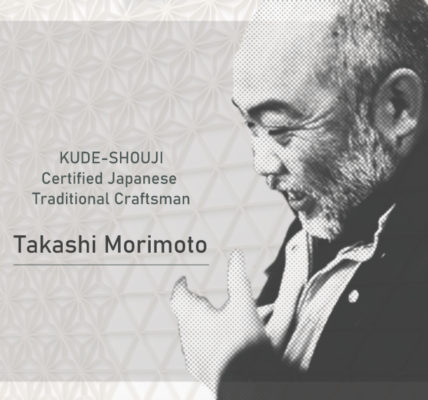 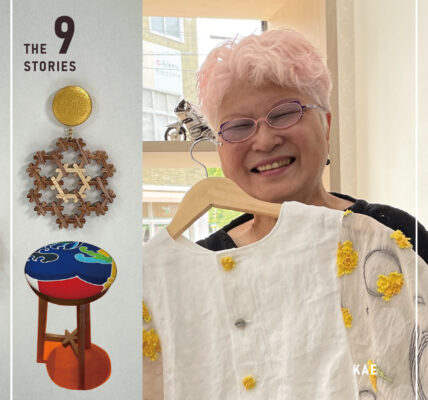